A Week of Remembrance: Beny-sur-mer

I remember watching this Bell Canada commercial in the early 2000's, I think. It's set in the French town of Dieppe, but it always had a profound effect on me. This commercial brings me to tears every time I watch it. Perhaps it was the catalyst that propelled me to visit the Normandy coast, and the Canadian landing at Juno Beach.


I walked Juno Beach at low tide looking out at the hundreds of yards of beach out to sea where the Canadian soldiers would have landed. After an over night crossing of the English Channel in a flat-bottomed boat tossing them around with undoubted sea-sickness, they ran into oncoming machine gun fire burdened with their sea legs, back pack and the untold terror that would have been exclusively theirs.

I simply can't even imagine the horrors they saw that day.

What I can imagine is courtesy of the Juno Beach museum which keeps their memory alive from that day. I spent a couple hours inside of the museum trying to keep my eyes dry, because it was just so gutting. What a horrific business war truly is.

The Juno Beach Centre, which had just been newly constructed when I visited it in 2006, is located in the small town of Courseulles-sur-mer. Outside of this small town is the Canadian cemetery of Beny-sur-mer, a few kilometres inland. It is the final resting place of some 2100 Canadian soldiers fallen from the Normandy campaign set in the middle of a corn field. I took a taxi from the town out to the cemetery, and the driver waited while I went inside to pay my respects. 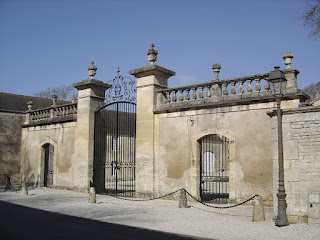 The grounds were absolutely immaculate, with row upon row of headstones perfectly aligned the length of the cemetery. 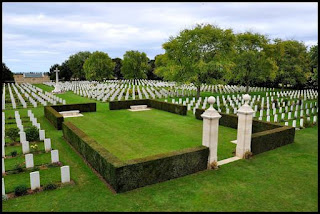 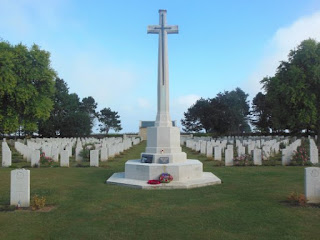 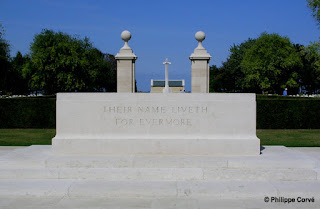 I was there in the beginning of May, a month before the June DDay ceremonies but there were flowers from every small town across Canada. A pleasant reminder that Canada and its citizens are eternally grateful for the sacrifice given 70 years before. I've stood at many Canadian memorials, but this one really left me eternally grateful for being a Canadian.

I walked back toward my waiting taxi and when I arrived back into town, the driver didn't charge me for the fare. It seems the sacrifice that Canadians made before me are still paying our way in this part of France. It made me so immensely proud to be a Canadian... 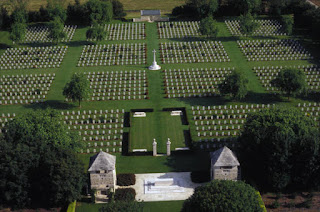 Posted by Chuck Bastie at 2:14 PM No comments: